We landed in New York City on Saturday, and on Sunday, we hit the ground running with the quest to find an apartment.  The first day alone we saw four apartments, one in Brooklyn and three in Manhattan. It doesn’t sound like a lot, but going from borough to borough on the subway, and walking around to all these places is exhausting.  It was also miserably hot, especially in Manhattan. None of those apartments spoke to us so we kept looking.

One of the days, I can’t remember if it was Monday or Tuesday because it’s all a blur, we went to see an apartment in Brooklyn, and when we were done, the broker told us he had another one nearby that he could show us. Since it was only a couple of blocks away, we agreed.  Much to our surprise, it was an entire Italianate style brownstone except for the basement.  It was absolutely stunning. The woodwork was original (late 19th century), the kitchen space was large, it had a balcony off the kitchen, huge bedrooms, something like four fireplaces (decorative, I suspect), and some antique furniture that was staying. It also had laundry in the basement, which was shared with the basement tenant.  It was a dream. It was also above our budget, though the broker was certain the owner would accept a lower offer.

It was the first place that really wowed us.  However, it was a hot, hot day, and, of course, it wasn’t air conditioned.  All I could think about was the immense cost of cooling (window AC units) and heating such a large space.  It would certainly break the bank, so to speak.  It is one thing to fantasize about living in a historically preserved house, and quite another the reality of having to pay for it and maintain it.  We seriously considered making an offer, but as beautiful as the place was, and as much as I love the idea of living in an entire brownstone and having a kitchen layout that allows for a farm table, we had to pass. There were also other issues that made me a bit uneasy but they had nothing to do with the building itself.

I wanted to share some of the photos of the brownstone to show you what we passed up.  We have signed a lease for a new apartment and we get the keys in a few days.  Stay tuned for those photos! 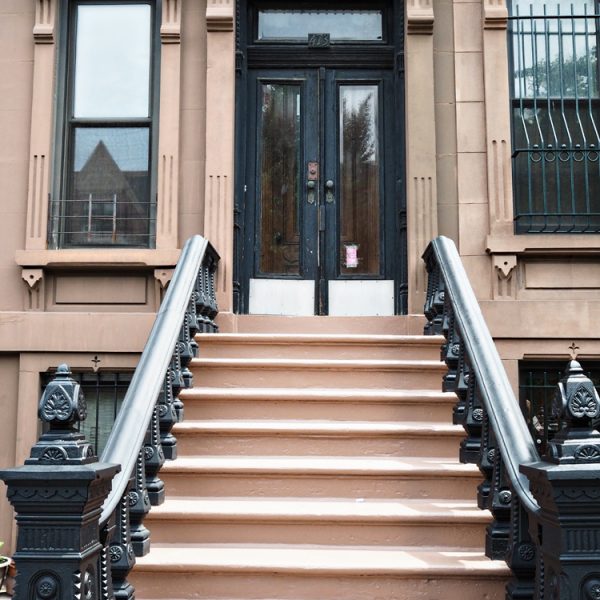 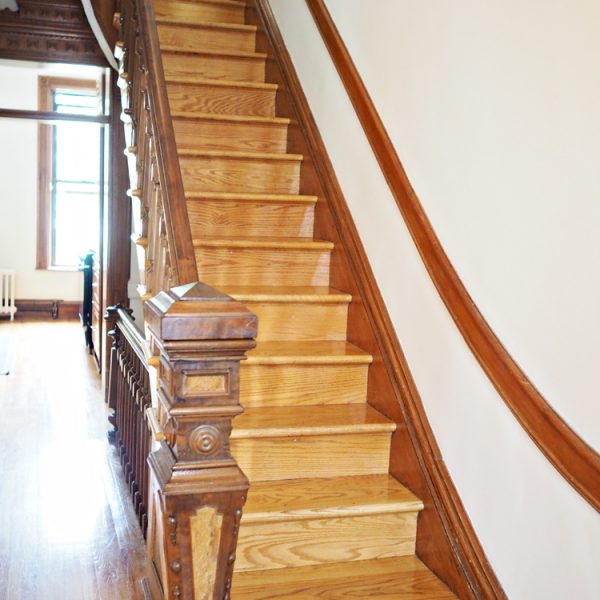 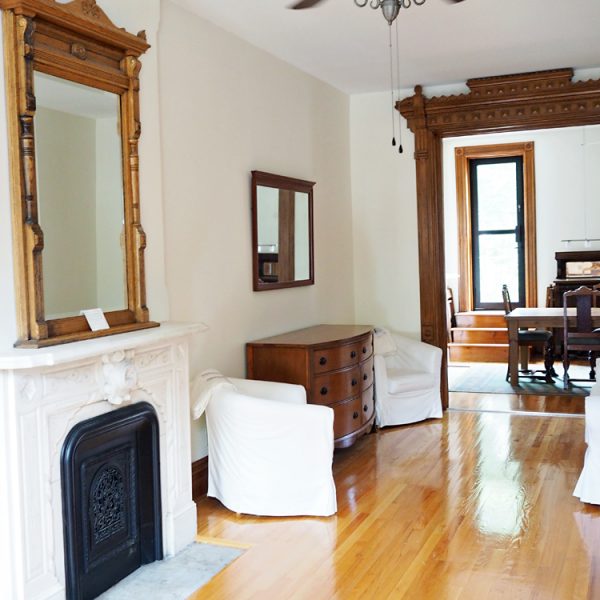 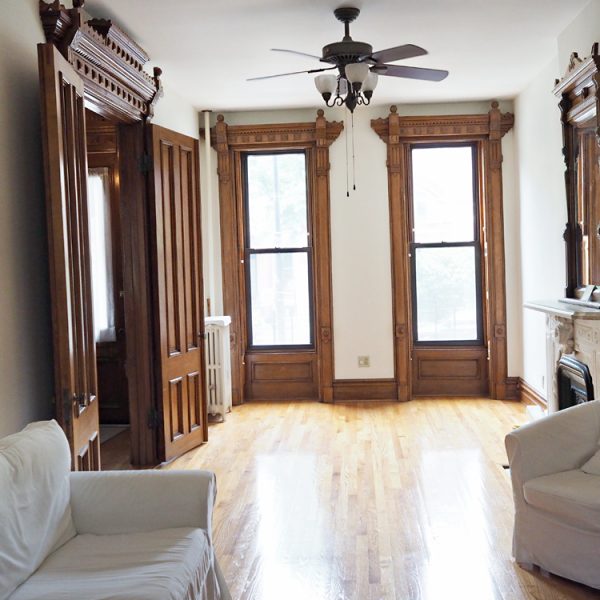 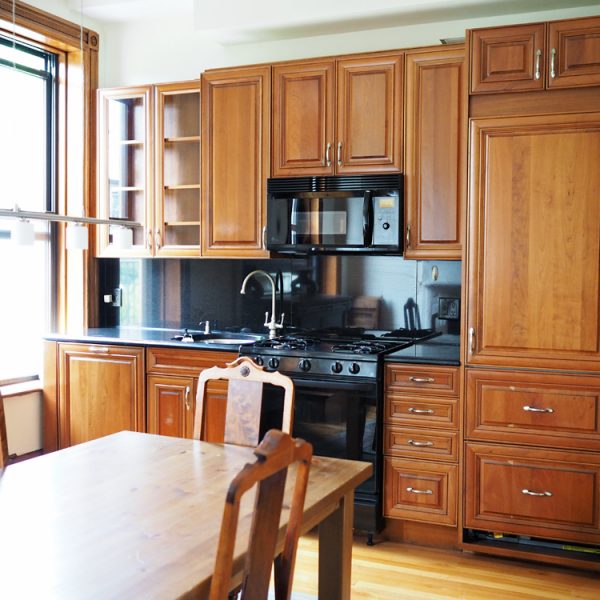 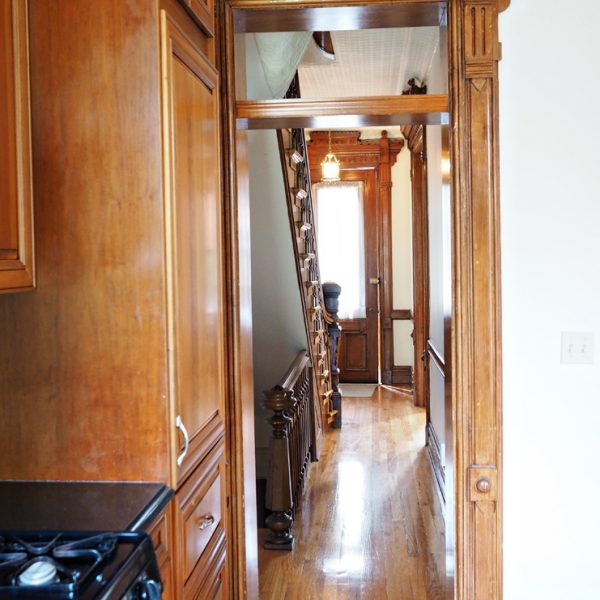 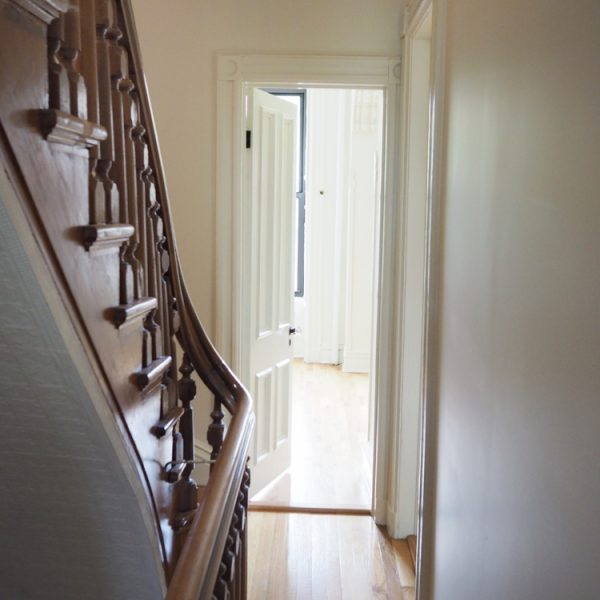 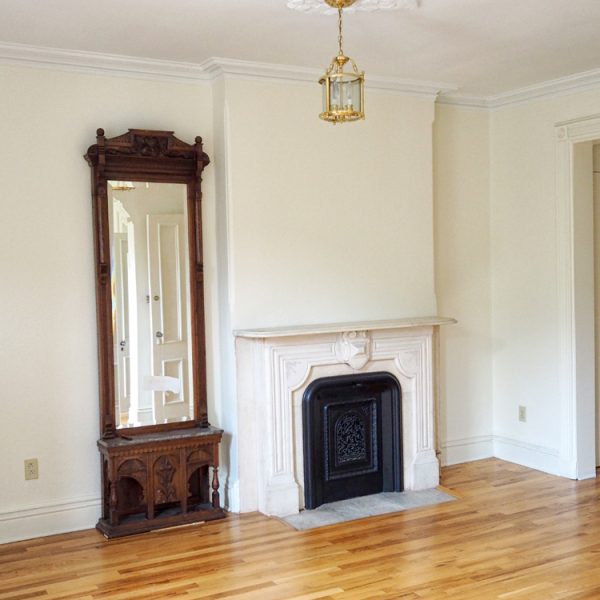