A few years ago (2009) Simplicity came out with a pattern that is essentially a replica of the then-popular DKNY Cozy.  The Cozy was (I think they’ve stopped selling it) a long sleeve cardigan with extra long, drapey fronts that could be wrapped around the body in various ways to form all sorts of different tops. Honestly, I never saw anyone wearing a Cozy in real life, but the Simplicity pattern was a huge hit in the sewing community.  To this day, it has 115 (116 with mine) reviews on Pattern Review and everyone loves it.  It was even voted Best Pattern of 2009. I’ve had the pattern since 2010 or so, but I am, it seems, the only person who had not sewn it yet; the last review on Pattern Review is from July 2015.

At this point, I had pushed the pattern and my intentions of sewing it out of my mind, until the The Monthly Stitched announced that this month’s challenge was “Last One Standing,” in which sewists were asked to sew a very popular pattern that they never got around to sewing.  As soon as I read that I knew Simplicity 2603 was it. There are four different views for the cardigan, and I chose to sew View D, which has 3/4 sleeves, and the fronts are shorter and cannot be wrapped much except in a high knot.  Given my height and the fact that I probably won’t wrap the longer cardigan the way it’s meant to, I thought View D was the right choice for me.

Because of the drapey nature of the cardigan, the choice of fabric is really important.  It has to have enough drape to look nice, and not be too thick or it will just add loads of volume in areas I don’t need any more :cough: my chest :cough: I went to Spandex World in the NYC Garment District to see what jumped out at me.  I found this gorgeous and soft blue-purple jersey that has a beautiful drape and soft hand.  It was $8 a yard, which isn’t bad.  It was a dream to work with despite being so thin.  It didn’t roll, stretch out of shape, or anything like that. The most difficult part about making the cardigan was tracing the front pattern piece and cutting it. It is larger than my rather small dining room table so I had to do it on the floor. It sure was an exercise in core control, strength, balance, and in yoga poses! After reading the finished garment measurements, I chose to sew a straight Medium and made no fitting alterations.  In construction, I omitted the elastic for the center back seam of the neckband/shawl, because by the time I realized it called for one I had already missed my chance.  It does not need it, and I think it would add unnecessary bulk. I also did not stabilize the shoulder seams because my fabric is thin enough that it won’t pull. I am so happy with this cardigan and I can’t believe I waited this long make it.  Maybe one day I’ll make the longer version, the DKNY Cozy knock-off, but in the mean time, I’ll be rocking this one. 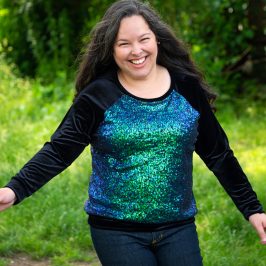 I’m so fancy. I mentioned in a previous post that I had made the Linden... 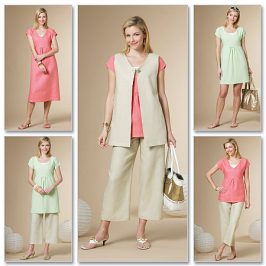 I started working on this dress probably a month ago.  I decided to skip the...

Gah, I haven’t sewn anything in weeks!  I really, really want to but I’m very... 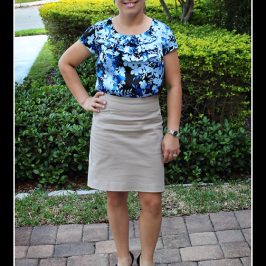 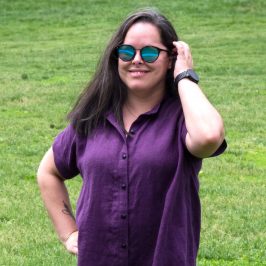 I love the look of shirtdresses but had never gotten around to making one despite... 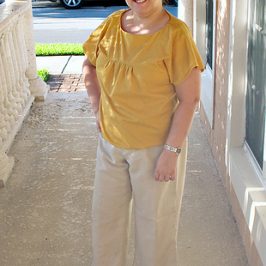 OK, I have completed two garments for the Wardrobe content.  They are the easiest two...