I know what I said back in November, that I would blog a few t-shirts I made in the next few posts.  Well, I guess that’s true, just not as soon as I thought I would blog about them. In my defense, I did try.  I started this post two months ago.  I got most of the way through when my internet connection decided to die so the draft did not save to the server, then in an effort to fix it my husband turned my computer off before I had the chance to manually save a copy onto my hard drive.

I was furious at the world and decided I could not face writing that whole thing again.  Here I am, in February, ready give it another shot, though I’ll be far less verbose this time around.

This t-shirt was one I sewed before the last one I posted, and I don’t have an explanation as to why I’ve blogged about them out of order. A few months ago I was reading a thread on Pattern Review about freebie patterns and the Hemlock Tee by Grainline Studio kept coming up and people kept praising it.  I decided to check it out.

It is not a pattern Grainline Studio sells, the only way to get it is by subscribing to their newsletter, so I went and did that.

Because of the way the pattern is drafted, I knew that I wanted to make it in a striped fabric to take advantage of the different grain lines (pun not intended) and the directions the stripes would run when worn.  I had had this fabric in my stash for years, waiting for the right pattern to use it, and this was it. After a muslin that went wrong enough to be relegated to pajama top – barely – I decided that I needed to make some changes.  The pattern is drafted entirely without shaping, which is fine, but I wanted a bit less of a loose look.  I drafted some waist shaping on the body of the t-shirt.

I have big upper arms (the fat kind, not the muscular kind), and wanted some room there so I lowered the marking for the sleeve attachment by three quarters of an inch at the pattern front and then again at the pattern back.  This allowed me to widen the sleeve one and a half inches.

I also shortened the sleeves and the body, but the next time I sew this pattern, and I will, I will not be so chop-happy with the body.  These adjustments did not dramatically change the look though, which I didn’t want to do.

As expected, a pattern that is supposed to fit all will not, but that is OK. The cut of the t-shirt is forgiving enough that it can in fact fit many body shapes, and most body shapes with a few adjustments.

One of my main complaints about this pattern, and Grainline Studio t-shirt patterns in general, is that the neck binding has no matching point markings whatsoever.  Considering that the binding has to be stretched in order to fit the neckline, it would be nice to have markings for the shoulder seams so the distribution of the binding can be even without a ton of guess work and trial and error.  Without markings. it’s very easy to end up with an overstretched neckline in one area and not stretched at all in another. All in all, I am very happy with this t-shirt. It suits my style, my body shape, and it suits my busy schedule.  From taping the pattern together (which I LOATHE doing) to finishing everything took one afternoon.

The best part of making this t shirt was that it finally made me realize how much I wanted to throw my serger out the window and into oncoming traffic.  I was so frustrated that I ended up buying a new serger, which has been a freaking dream to use.  It’s a Janome 1200D Professional, but that is a story for another day. 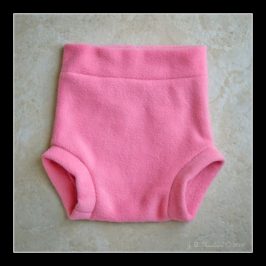 I have never done a giveaway before mostly because I’m paranoid that no one will...

I have FOUR tests next week and I should really be studying.  Not so much... 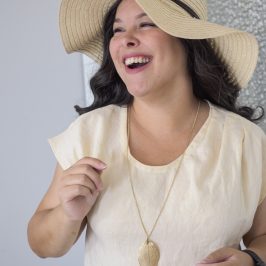 I am determined to get in as much sewing as I can before the semester... 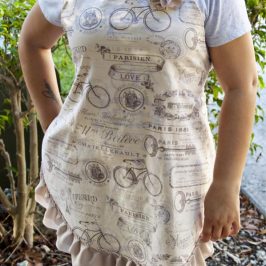 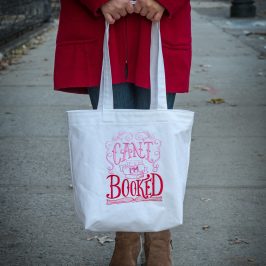 A few months ago I saw a really cute tote with appliqued books online somewhere...