If you watch my videos on YouTube you may have seen that last summer I made a Jenna Cardi from Muse Patterns in a bubblegum pink ponte.

I wore that one on a cruise we went to, and although it did the job at the time, it had some fit issues I wanted to address. Mostly, it was the fit at the shoulders.

The shoulder seams were far below my actual shoulder line, and there was quite a bit of excess fabric on the back side of the sleeves. 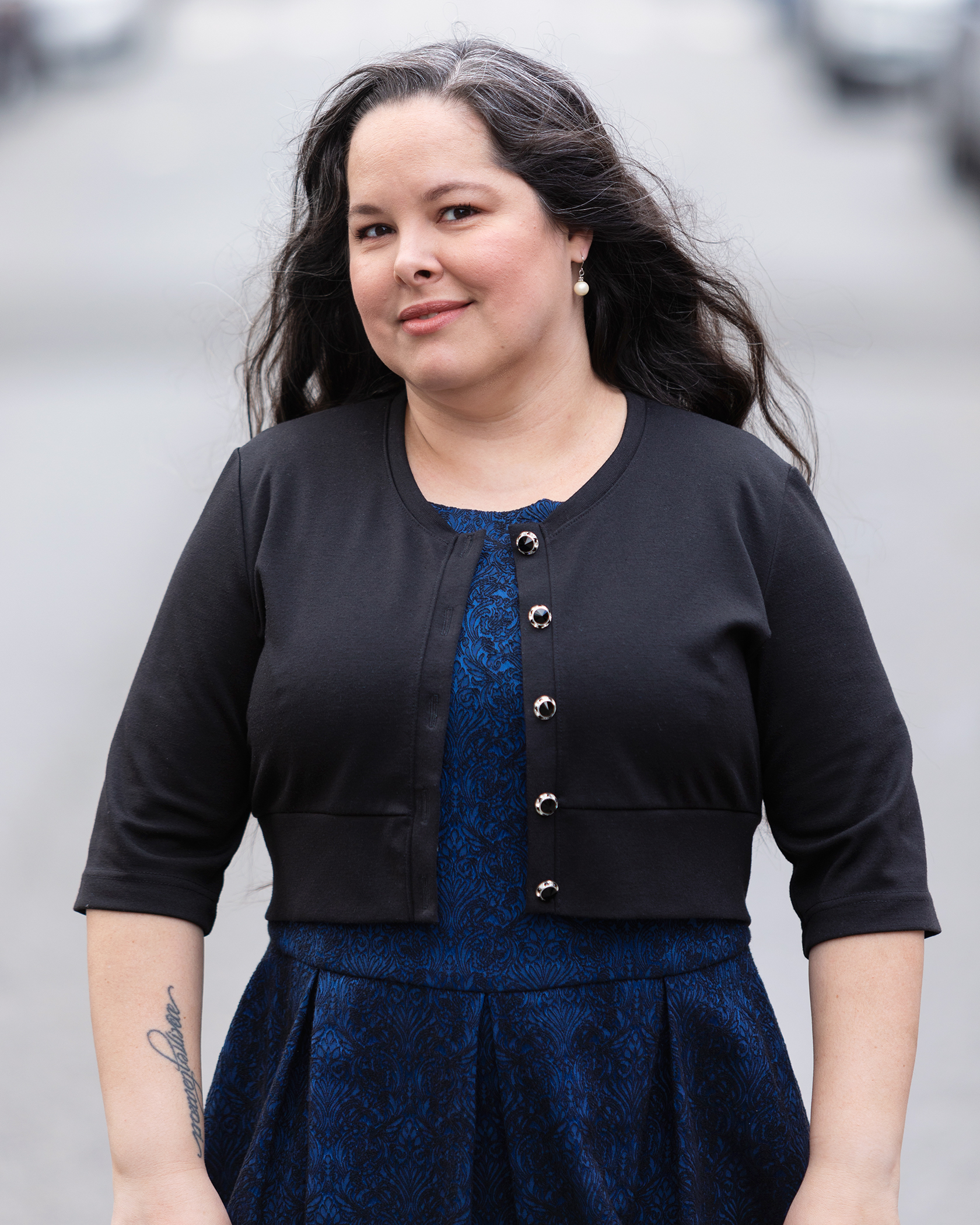 It looked pretty terrible, which I didn’t really realize until I saw the video and saw it from the back. I have never worn that cardigan again, and never will.

It is worth noting that I almost always need a narrow shoulder adjustment. I have pretty narrow shoulders that also slope. So this is not the pattern’s fault.

So, earlier this year I set out again to make it with the adjustments I thought would make it all better. 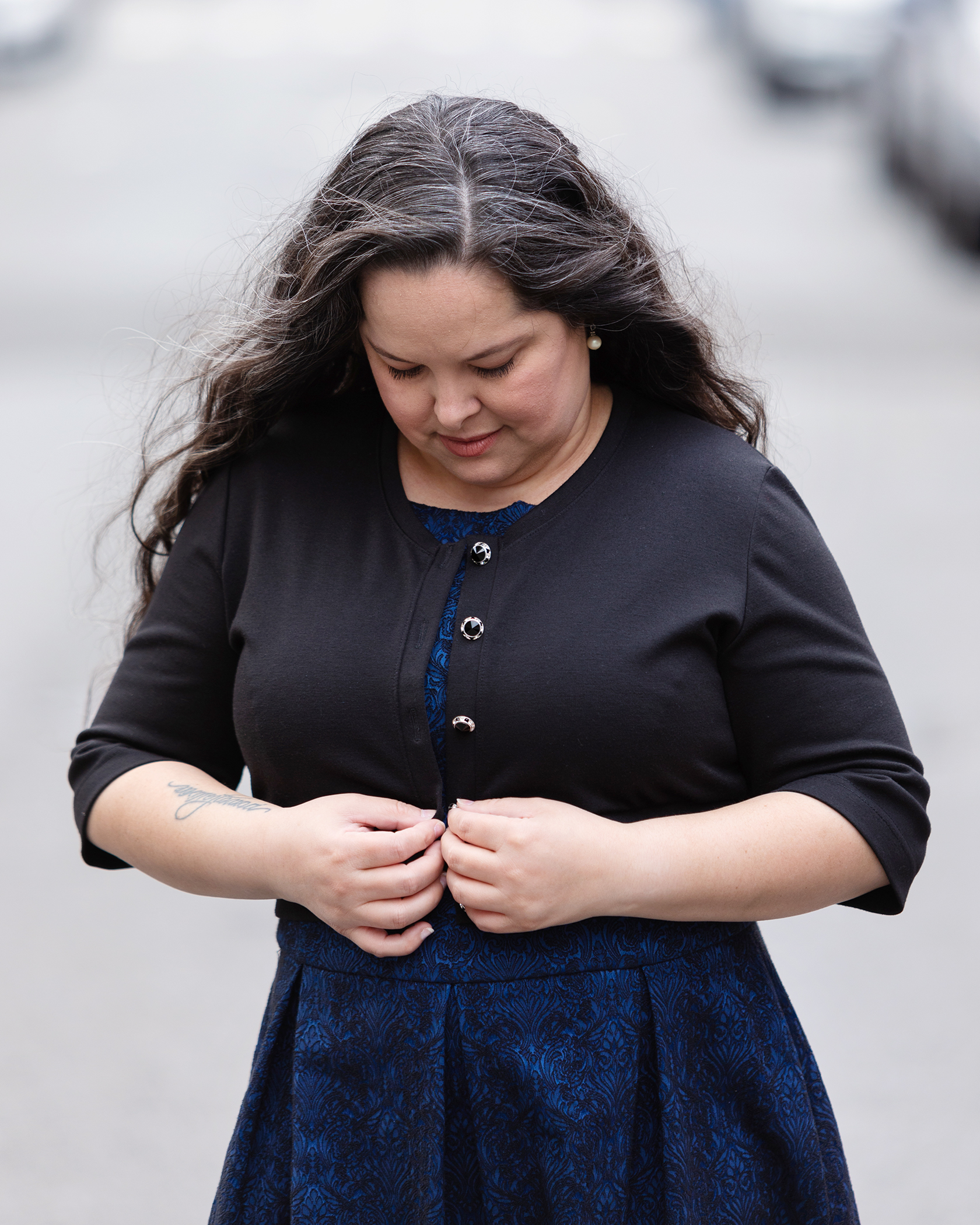 I cannot, for the life of me, remember what size I made and I didn’t write it down and cannot find the pattern pieces. I did, however size down; I remember that much.

I made view A with 3/4 sleeves but did not add the sleeve bands, just turned and hemmed instead.

To address the shoulder fit issue, and since this is a knit and not a woven, I did a makeshift narrow shoulder adjustment by cutting out the seam allowances, both on the sleeve and the armscye, from notch to notch, leaving the underarm alone.

This helped quite a bit, but I think it could still use some more tinkering, but I can live with this version. I also think that the fact that I wear the cardigan open contributes to the slipping down of the shoulder seams, make it look like they are lower than they really are. 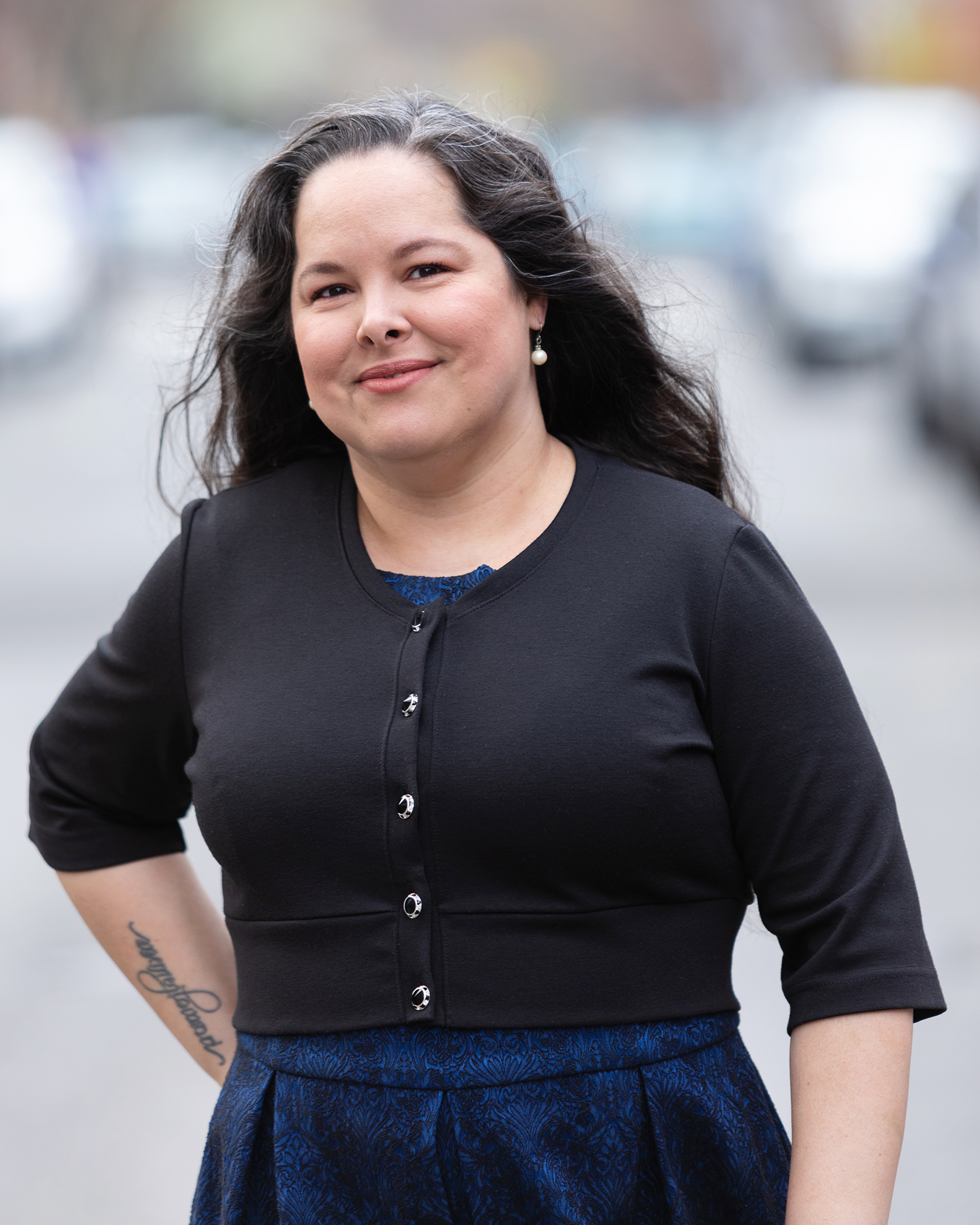 I also shortened the body of the cardigan 2″: 1″ above the hem band and 1″ at the hem band. For the latter, since the band is folded in half, I actually removed 2″ before folding, making the band 1″ shorter after folding. Make sense?

The buttons are from a local notions shop and I bought them specifically for this black version of the Jenna Cardi. I think they are very classic and elegant and add a bit of oomph to an all-black garment. The fabric is ponte.

I want to add that I made this cardigan specifically to go with the dress I’m wearing in the photos, which is the dress from my last post. I think they go so well together and I love the whole silhouette.

Of course, it also goes with other dresses. 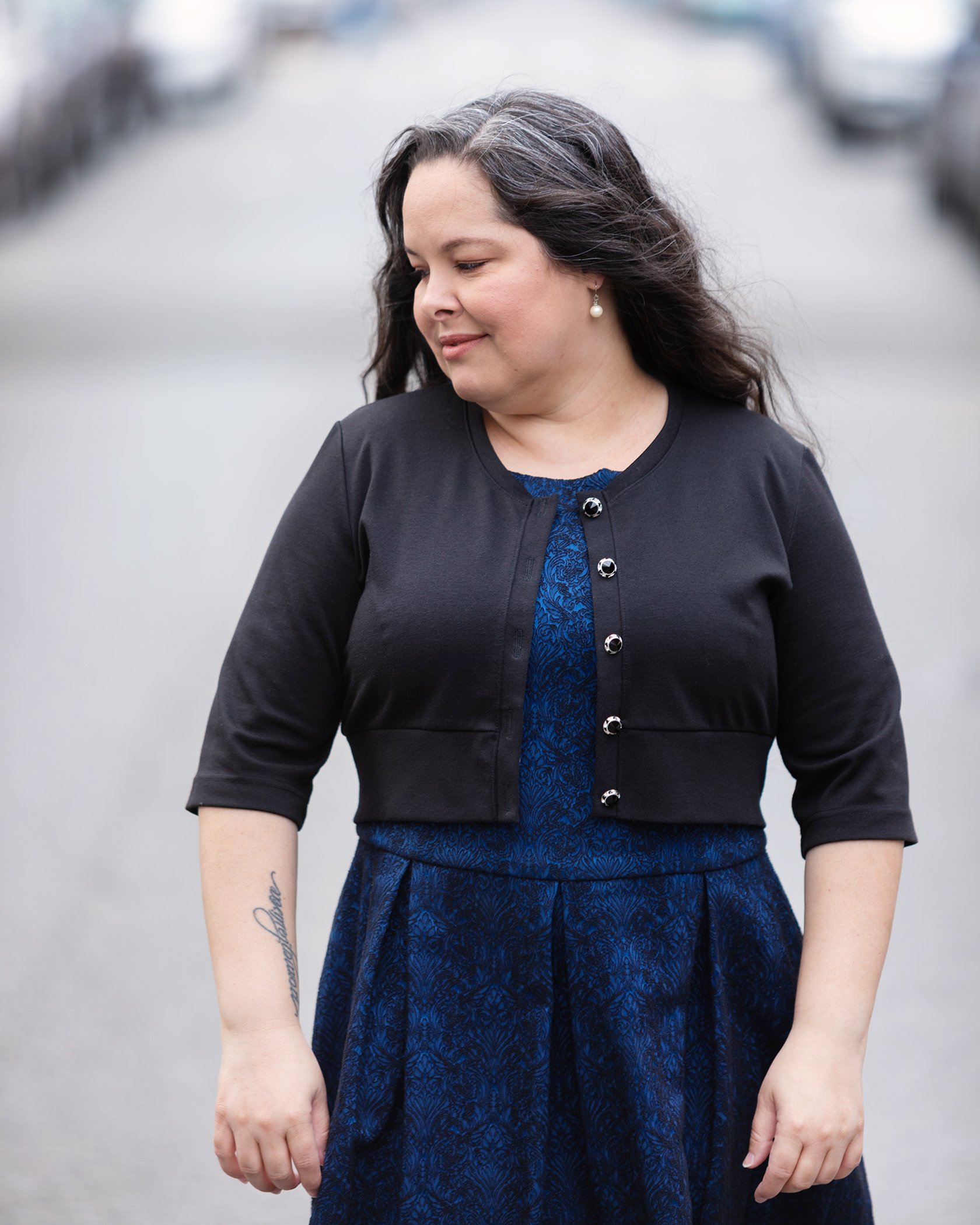 I really like this cardigan and all the other views in the pattern. In fact, I like it so much that I bought the expansion pack for the pattern, which includes a collar and a V neckline.

The cardigan comes together quickly, and the most difficult part is making the buttonholes on such a narrow knit band. Trust me when I say that picking out buttonhole stitches from a knit fabric in a perfectly matching thread color is not easy.

The top buttonhole is far too close to top edge of the band, but I couldn’t stand to pick out yet another buttonhole to do it again so I left it. It does not bother me

Alternatively, since I pretty much never button cardigans up (except for pictures), I might just leave them out, or add snaps instead for a more casual look.

I think next time I’ll try to make some sort of full bust adjustment, but, as I said, this a version I can live with.

And, yes, I’m aware that we forgot to take pictures of the back. 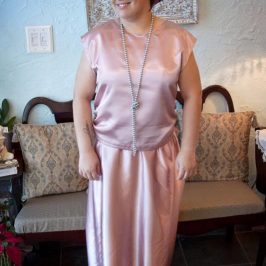 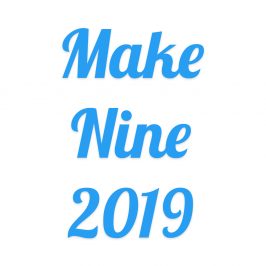 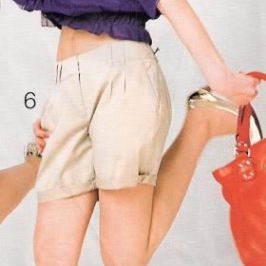 I’ve been meaning to make a pair of shorts for a while but I was... 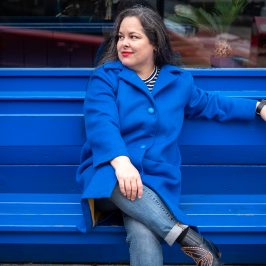 For about a year now I’ve wanted to make a long, unlined wool coat that...